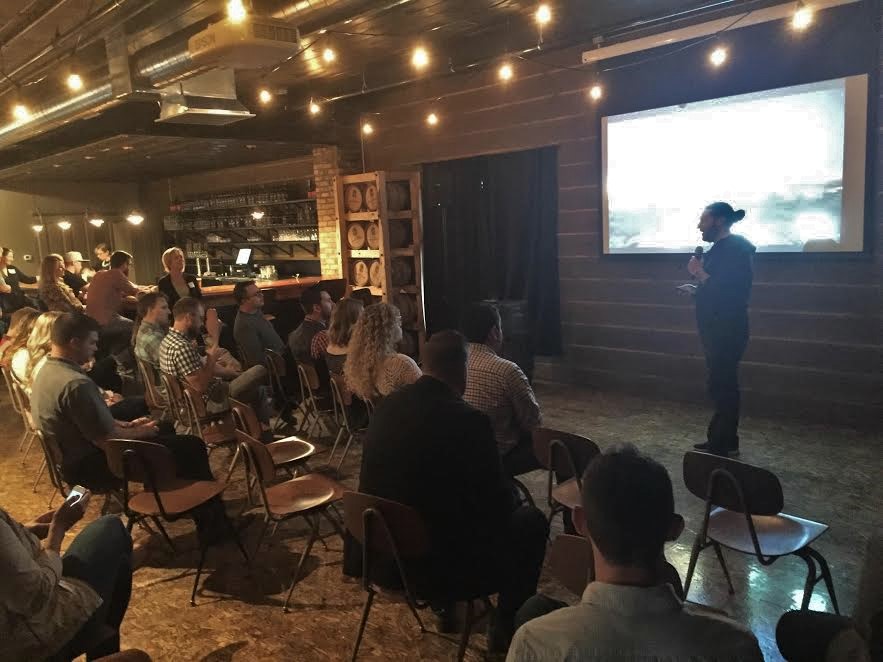 This past Wednesday, Grand Valley’s Advertising Club had the wonderful opportunity to sit in on one of Peter Corbett’s presentations. If you are in the advertising industry, or want to be in the future, you should know who he is. Acting as the current CEO of iStrategyLabs, Peter and his crew have put out some of the most intricate, interactive, and memorable advertisements over the past decade. 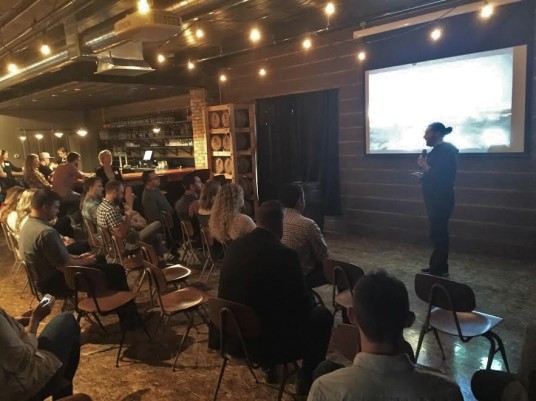 Peter’s company, which he started himself roughly ten years ago, vowed to do something that no other agency was currently specializing in: combining the digital and physical world. This is an idea that seemed incredibly simple, yet infinitely complex all at the same time; however, he did it. Peter and his crew took advantage of every single new piece of technology that they could get their hands on. They tinkered and toiled until they created something brand new… And then they did it again, and again, until what was a single man doing small jobs here and there turned into an eighty-something employee agency with high-ticket names.

Peter advocates creativity and ingenuity above everything else. When asked directly about this kind of success, Peter Corbett resolutely responded, “…you need to make things.” Every person, regardless of their respective roles, should have some sort of creative output. It can be anything, from painting to coding, but he stressed that you need to go out and make something. The way his company works shows it too. In the presentation, we were shown a massive in-store workshop, where employees would find themselves creating the most absurd gadgets. A “slush fund” is set in place for people to dip into. If an employee finds something incredibly neat and exciting, the company is set up to back them up. These projects lead to the wackiest of gadgets, like “Dorothy” (https://isl.co/work/dorothy/), a piece of hardware that is accessed through the click of your heels.

Have you seen this?

The “Redd’s Apple Launcher” was an online game created by iStrategyLabs. This game allowed consumers to completely destroy a bar. If they scored enough points then they would be sent an Amazon gift card. Go check it out! (https://isl.co/case-studies/redds-apple-launcher/).

After looking at this strategy that Peter and his crew put together, you can tell they aren’t afraid to set a new standard for interactive media. They will stop at nothing to make sure every person’s jaw drops to the floor. Peter and his crew strive to “hack experiences” and to “knock people’s socks off” every single time, which they accomplished during this project.

A lot of the ideas that come out of iStrategyLabs may seem crazy, but that’s the point. Not everyone can do it, but that shouldn’t stop you from trying. Get your hands dirty, dig in, and create something. If iStrategyLabs ever thought, “there’s no way we could do that,” then they wouldn’t be nearly as successful as they are. At the end of the presentation, Peter shared a crucial starting point for everyone in the room, “start with the absurd.” Coming up with the most absurd ideas are when advertisements become interesting, and in a business like advertising, we need all the interesting we can get.