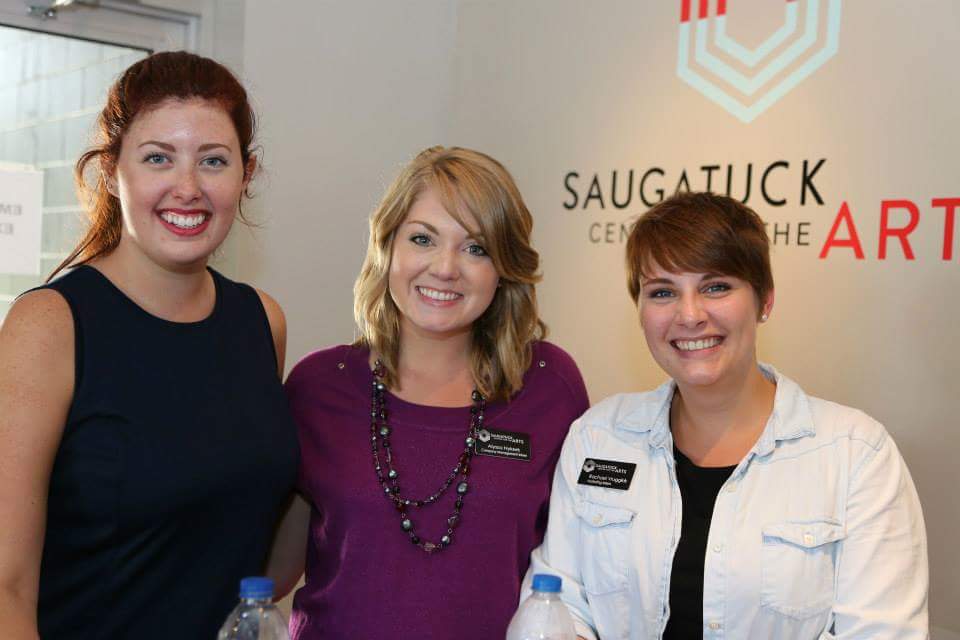 You don’t know what busy is until you accept an internship with an organization that does most of its programming in the summer. But, when technically the organization you’re interning with is a full-blown art center AND a theatre company, you’ve met a whole new kind of crazy.

Rewind for a second with me to the summer of 2015.

I had just quit a job working as an office assistant for a company I’ve since described as “shady.” Working there taught me a lot about what I didn’t want in a boss or a work environment. When I quit, I was in a funk. I was starting to doubt myself.

Am I good enough to go into advertising? I remember asking myself, wallowing in the negativity and self-doubt that had been eating away at me the last few months of my employment.

It was around this same time that I was talking to my friend and mentor, Angela Peavey. Earlier that year she had been my CAP 105 (Technology in Ad/PR) professor, and I’d be lying if I didn’t say our relationship got off to a rocky start. (If you ever see Angela and I’m with her, $5 says she’ll tell you the story. It’s a classic.)

Since her class, she kept mentioning the Saugatuck Center for the Arts (SCA), where she worked as the Sales & Marketing Manager. She thought I’d be a good fit for the organization. I, on the other hand, wasn’t so sure.

The internship was unpaid and the drive was roughly 35 to 40 minutes away. I questioned if I’d be able to afford an unpaid internship, especially one that was looking for 35 hours a week.

Yet, somehow, it all worked out. I was able to land another weekend job opportunity that gave me enough to afford to intern at SCA full-time.

And so began my marketing communications internship.

The SCA is a pie-factory-turned-art-center that acts as a hub for children and adult art education and programming. It also holds mini-concerts, lectures, discussions, and exhibitions.

My first day on the job, my head was reeling. We were given a breakdown of everything we’d have to cover with PR, post on social media, and what we had to take photos and videos of. It seemed impossible.

Besides Angela and I, there were two other interns, and the four of us were expected to market everything. Over the course of that summer, I learned a lot about non-profit marketing, theatre marketing, entertainment PR, and how to start believing in myself again.

That summer was one of the best of my life. For those of you looking for an internship, look for a Saugatuck Center for the Arts. A place that will challenge you, teach you when you can’t find the answer on your own, and give you the opportunity to flex your creative muscles. Internships should have a mentor. You should be learning something in an environment that promotes learning, where there’s some form of a net to catch you if you fall.

If that’s not there and you’re basically hired in to figure it all out on your own and make an impact, wake up. That’s a job that you’re getting underpaid for. Unpaid internships shouldn’t be passed up because they’re unpaid. They should be passed up if they’re not providing value to you and you’re being taken advantage of. Know the difference.

Were all of my internships as great as my summer in Saugatuck? Heck no. But I hope that you find one like this, even if it takes going through a few crappy ones to get there. When it’s over, you’ll have so much more than a few letters of recommendation and some credits to show for it. I promise.