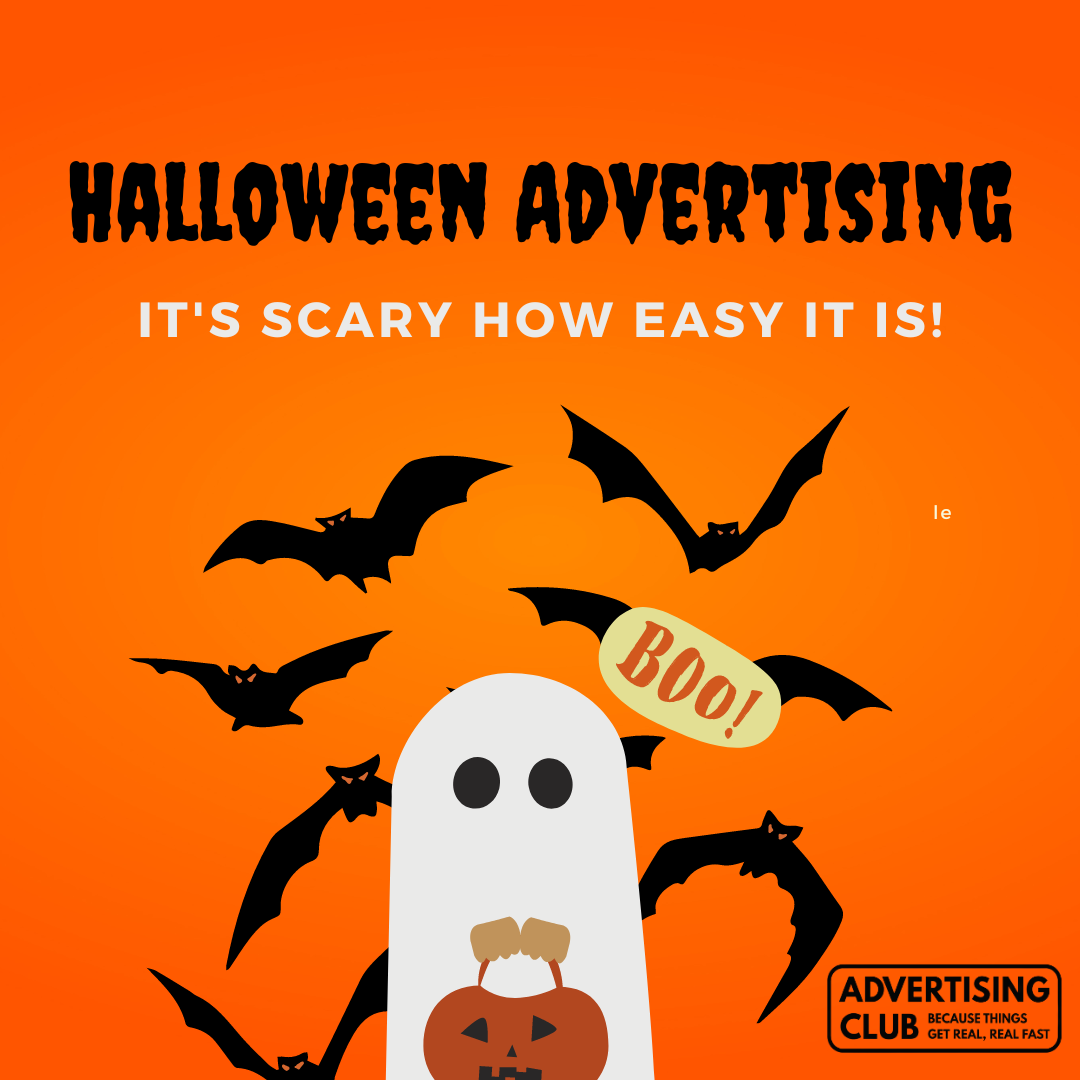 What’s your favorite Halloween-themed ad? As the spooky season comes to a close, I’d like to share a couple of my favorite Halloween ads from the past and dive into how this holiday can help brands spice up their advertising strategies.

This ad is poking fun at Coca-Cola by illustrating how “scary” a Pepsi can appears when it’s dressed up in a Coca-Cola costume. Even though the ad mentions a competitor, which is always a risky decision, it does it in a skillful way that’s both clever and eye-catching. If you look closely, the cape says “Cola-Coca” which was done on purpose in order to avoid copyright issues. This ad got people talking, especially when Coca-Cola released a response. They used Pepsi’s original photo and changed the words around to give it a creative twist.

The “Boorito” cammpaign has been running since 2000. This campaign encourages customers to show up in costume on Halloween to receive discounted entrees. It’s a fun way to celebrate the fall season and has made Chipotle the “hangout spot” before and after Halloween parties. This year marks the first time Chipotle will be able to have this promotion in person since the pandemic began. Make sure to take advantage of this spooky deal and grab a $6 entree after 3 p.m. on Halloween!

Why Halloween Matters in Advertising

Halloween is a fun holiday that is full of tricks and treats, but in the advertising world, it is so much more than that. This holiday is the perfect way for brands to level up their advertising strategy. People tend to gravitate towards Halloween advertising, which is no surprise considering the fact that consumers are expected to spend a record amount this season, $10.6 billion to be exact.

Hosting Halloween-themed social media contests is an excellent way for brands to expand their customer base and encourage their followers to create user-generated  content (UGC). For example, Chipotle recently launched a contest on BeReal called “BooReal.” To enter this contest, participants need to take a picture in their costume on Halloween and post it to BeReal with the hashtag #booitosweepstakes. They also need to post the BeReal on their Instagram story and tag @chipotle.

Brands can also launch Halloween-themed products which drives purchase incentive because these products are only available for a limited time. For instance, we all love the orange-filled Oreos that are only available during the fall season. If you’ve been walking around your grocery store lately looking for ketchup, you’ve probably noticed that Heinz has come out with a new label for its Ketchup bottles. Instead of its usual label, Heinz has created one that’s bound to catch anyone’s eye. The new label features an image of blood with the words “Tomato Blood,” to promote the idea that you can use ketchup as fake blood for Halloween. The brand wants to emphasize that “If you have Heinz, you have a costume.” This was an incredibly creative way to increase sales and generate brand awareness.

There are so many other ways brands can expand their advertising strategies to incorporate some Halloween fun. Brands can host spooky events, create a promotional video, or launch an email campaign. The possibilities are endless!