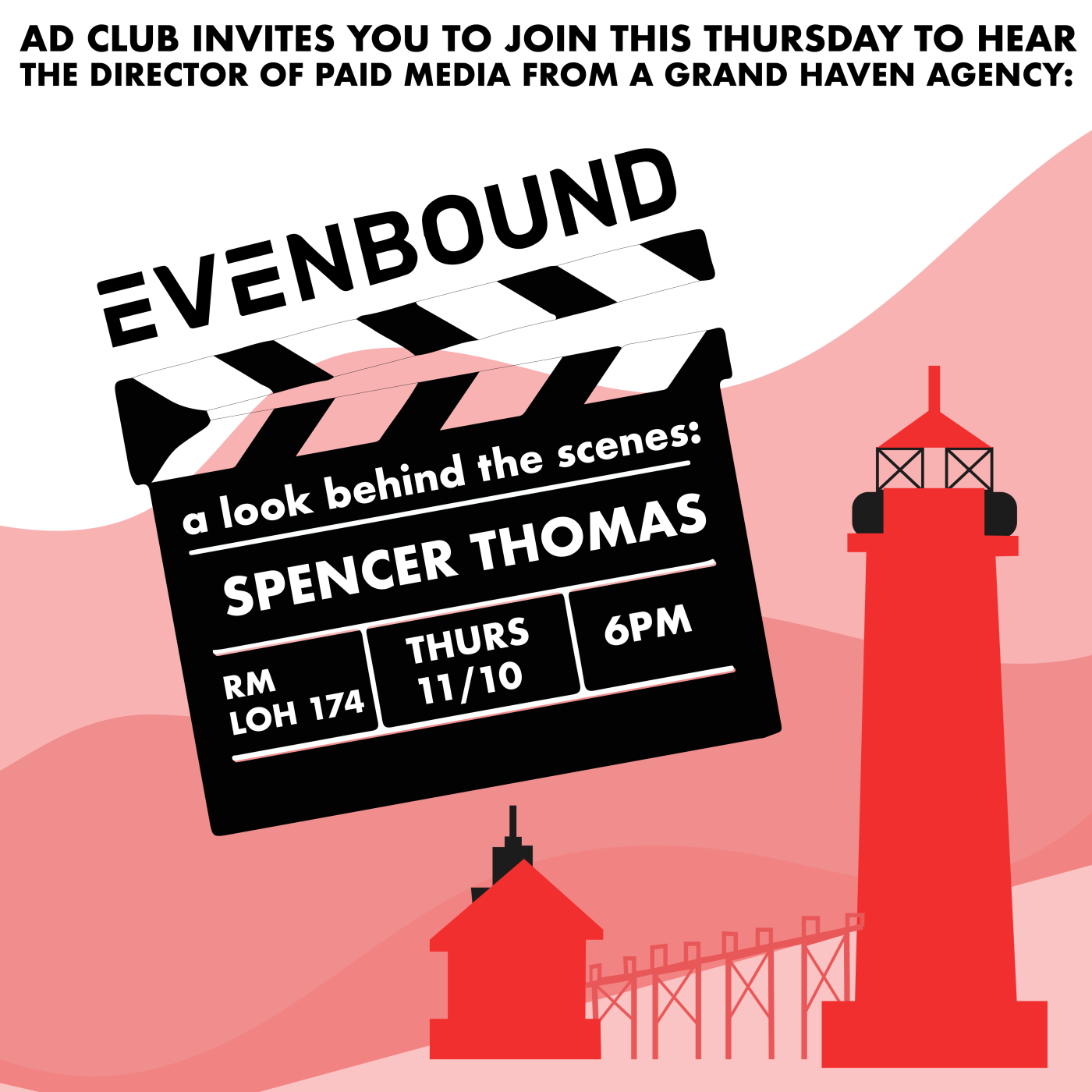 Who’s ready for our guest speaker this week? Spencer Thomas, the Paid Media Director at Evenbound Marketing and Advertising, will be coming to Grand Valley State University to speak to Ad Club about his work as well as paid media in general. He will also be giving tips and advice for students who are interested in following a similar career path.

Before we talk about what being a paid media director entails, let’s discuss paid media. There are four types of media which include shared, earned, owned, and paid. Paid media is pretty straightforward. It involves marketing tactics that organizations pay for. Organizations often promote their content through sponsored social media posts, video ads, display ads, and other forms of promotional media.

Spencer Thomas has been working at Evenbound for three years. He originally worked as a Paid Media Strategist until he was promoted to Paid Media Director about a year and a half ago. Being a paid media director means that he is responsible for overseeing all of the company’s promotional media efforts, including its marketing and advertising campaigns. He has to ensure that every piece of media aligns with the company’s strategies and goals. This is no easy task. In order to do this, he has to meet with team members and provide feedback, lead strategic planning sessions, and keep up with new industry trends.

Even though Spencer has come a long way in his career, he was once in the same boat as all of us. He went to Grand Valley, and was faced with the same major decisions we all have to make. Since he was in a similar position, he will be able to give advice that will truly help and guide us.

Make sure to come to LOH Room 174 on Thursday at 6 pm to ask questions and learn more about the duties of a paid media director. This is a great opportunity. Make sure you don’t miss out on it!